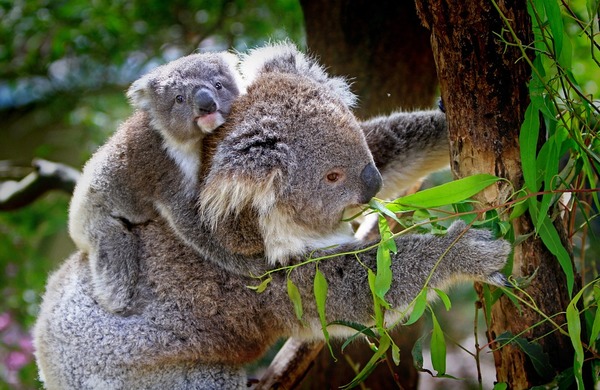 This morning I met with the Office of the Minister for Environment and Science in response to concerns from our koala organisations and recent newspaper headlines. In summary, under previous koala protection regulation, clearing was not allowed in what is called Priority Koala Assessable Areas, and Koala Assessable Development Areas that were outside the urban footprint. In the Noosa Shire Council, the total area for both classifications was 4,420 hectares.

Under the new koala protection regulations, clearing of koala habitat in the Noosa Shire is now prohibited in ‘Koala Priority Areas’ which cover an area of some 24,135 hectares. This is an increase of 19,715 hectares, or 81%, where habitat clearing is not permitted.

However, there are some exemptions such as a one-off 500m2 allowance per land parcel (to build a house/garage/pool), as well as an allowance for the removal of dangerous trees, creation or maintenance of firebreaks adjacent to infrastructure and fence lines.

This QLD-wide mapping was developed in consultation with local councils, and other stakeholders including the Koala Advisory Council (members are listed in the link below) with Noosa Council nominating 7609 hectares as koala habitat, mapped under its planning scheme. The department accepted 6,895 hectares as locally refined koala habitat, with some 800 hectares not accepted as they were either existing suburban subdivisions or were already areas of current Category X on a Property Map of Assessable Vegetation (PMAV). These are generally not regulated by vegetation management laws as they have already been classified for development activities. For example, in the Noosa electorate, a portion of land to the South East of Noosa Civic was not included as it is classed as Category X in a PMAV gazetted in 2014. This exemption for Category X in koala habitat areas has been amended to apply only to those under existing PMAVs and any new applications will not have such an exemption. Vegetation mapped within Category X areas, including those under a PMAV, can still be protected under local government planning schemes for development where local government is an assessment manager.

The local refined areas within the koala mapping is expected to be fine-tuned in consultation with local councils over the next two years, whilst public submissions from the consultation period for the draft Koala Conservation Strategy are still being assessed. In response to concerns from advocates regarding the timing of this consultation over the Christmas period, I had requested for an extension (without success) however have this week requested of the Premier that a review of the timelines of consultation excludes major holiday periods, as they do with public holidays.

In saying all of this, there is still plenty of time for anyone to have input regarding the draft Koala Strategy, as once the current submissions are compiled, and amendments made, this draft will go back to the Koala Advisory Council, before the final draft strategy is released.

During this time, I encourage anyone who has concerns regarding the mapping, or the strategy, to contact SEQKoalaStrategy@des.qld.gov.au, and cc in our office on noosa@parliament.qld.gov.au, so we can be kept in the loop with any concerns and subsequent outcomes.

For further information on the QLD-wide mapping, and amounts now and in the future under protection, please go to: https://environment.des.qld.gov.au/wildlife/animals/living-with/koalas/mapping/koalamaps

Information on the draft Koala Conservation Strategy can be found at: https://environment.des.qld.gov.au/__data/assets/pdf_file/0032/97547/draft-seq-koala-conservation-strategy-2019-2024.pdf

Information, members and minutes of the Advisory Council can be accessed here: https://environment.des.qld.gov.au/wildlife/animals/living-with/koalas/conservation