Happy New Year everyone! I trust you all had a wonderful time over the festive season and are looking forward to a year of achievement and appreciation, whether that be a ‘long list’ (like mine!) or the simplicity of taking some time out with loved ones (on mine as well!).

In amongst our New Year’s Resolutions, we may need to revisit some conversations that were dominant in our inbox over the Christmas period. I am sure these will be familiar – sharing of space (paths, roads, rivers, the National Park, social media) community consultations, and the fires across Australia. These all share a common denominator – behaviours. Answer? Committing to showing greater consideration to each other and our shared home. Engaging in processes to ensure your viewpoint is heard (but not jumping on Facebook and venting ☹). Lessening the feeling of disempowerment created by these disasters by getting involved in support efforts. We have so many fabulous organisations, and individuals, who would all like a helping hand. A special thank you to all of these, including residents who came to the aid of one of our families who lost their home by cleaning up their property last week. All of you are magic and really make the difference.🙏

On the subject of consultations, this year our annual survey only received half the responses in comparison to last year, regardless of multiple efforts to engage. Is this because residents are happy with how priorities are addressed (the silent majority?), or are we becoming overwhelmed by the volume of channels, methods, messages and consultations now infiltrating every aspect of our world? In amongst this information overload, we are still seeing on social media and on the street a lack of knowledge, plenty of misinformation, and a cries of ‘not being told’. It is important going forward that we identify a common, dedicated and reliable channel in which to receive credible information. It is also relevant to have the discussion on whether open debate is being stymied through fear of being publicly ridiculed, and the influence of media in influencing content. I look forward to receiving your feedback on this vexing issue, as well, what does a dedicated community channel look like, one that everyone would subscribe to, or read? In the meantime, we have updated our website and made Noosa 360 more user friendly, and will keep posting, column writing and answering tags on Facebook.😊 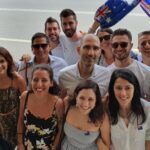 Our ‘newbies’ after the Citizenship Ceremony at The Majestic Theatre, Pomona. 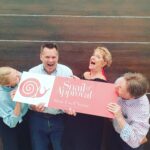 Behind the scenes at the Tourism Noosa Bushfire Appeal launch.

With social enterprisers SevGen and their new ‘must haves’!

The bushfires across our country thankfully are easing, and as I outlined in a Parliamentary speech after our Noosa fires – action empowers communities. It has been fabulous to see this in multiple realms right here in Noosa, including homegrown businesses Helitak and Fireball leading the way with fire mitigation, identification and fighting technology that is being sold nationally and internationally. As well, local initiative Firetech 2020 aims to bring the best and brightest from across the globe to develop solutions in this space, while our incredible frontliners continue to analyse the recent fires and work on any tweaks or improvements as part of being super fire ready now and in the future.

Other local initiatives having a global impact are EarthTech who have set up ‘The Challenge’ to create new technologies and build companies that aim to meet the United Nations Sustainable Development Goals by 2030. Whilst we are on that word ‘sustainable’ (yes, I know many feel this has been overused and under-utilised?), the number of new Noosa businesses that aim to sustain us, our environment and themselves, include a mead brewery dedicated to ‘slow food’, and a wind power farm in the Toolara forest that can generate enough power to service 25% of QLD households. All Noosa home grown and very exciting for local economic diversification!

A work of art – the inimitable Joanie Boyce.

Lastly, the sharing of space, and I do hear you ‘groan’ that I would even need to revisit this? However, there is a common denominator in all complaints lodged – the actions of inconsiderate people. The simplicity is, that if everyone takes a moment to rein in their impatience at slower walkers and drivers (that could be your loved one!), to educate our youngsters on the dangers of racing around in tinnies close to swimmers, or just pick up your rubbish, there would not be the constant call out for more policing which is unsustainable (that word again… however, very relevant). In short, taxpayers will never be able to keep funding the increasing poor behaviours of a minority. If we do, that money gets diverted from other areas, including local issues that need those funds. Alternatively to ramp up policing, we could use drones… however from initial responses, residents are not in favour as they feel it encroaches on privacy? However, a very sustainable (affordable 😊) gadget for monitoring those who are doing the wrong thing!

On the home front, it has been lovely to catch up with so many, albeit sometimes far too briefly! Here are some of this month’s highlights:

Bob Abbot received an OAM for his service to local government and the Noosa and Sunshine Coast community.

Star of stage and screen, Caroline O’Connor received an AM at this year’s Australia Day Honours Awards.

Minister Crawford visited Peregian for an official thank you BBQ for our fabulous frontliners! 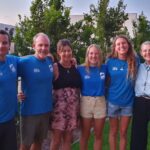 Getting an update from the Sunshine Coast Surfrider Crew on our ocean life.

Eight Noosa electorate community organisations received nearly $200,000 worth of grant funding last month for a range of initiatives. Congratulations everyone and keep up the fabulous work!

The GCBF Round 104 is now open. For more information or to apply, please head to: https://www.justice.qld.gov.au/initiatives/community-grants 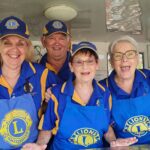 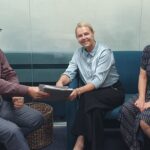 On the streets and in the supermarket aisle, I am being asked why I am not running for Noosa Council in the upcoming March elections. When explaining that I am a State, not local Government representative, I was asked by one of our glorious matriarchs ❤️ if I could highlight the differences between the three levels of government, as so many find this confusing. In short, Local Government is Noosa Council, with 7 Councillors elected as representatives. The Queensland State Government consists of 93 Members of Parliament representing their electorates, with yours truly one of those 93, and the only Independent MP (non-party aligned). At a Federal level, there are 151 in the House of Representatives, the majority of the Noosa electorate is in Wide Bay, with Llew O’Brien as our representative, and a small area in the southern part of the electorate in Fairfax, represented by Ted O’Brien (and no they are not related!). And yes, it would be much less confusing if the boundaries were all the same as local Government 😊. So no, I am not running in the local government elections in March, however yes, I will be running in the State elections in October. In the meantime, we wish all the councillor candidates the very best, encourage them to put their best foot forward (with comfy shoes for the campaign trail!), and desist from poor behaviours in the process (I have my wooden spoon ready?😊).

It is important all candidates aim to lift communities up, which they rightfully deserve, not drag them down. As well, work to improve the increasingly poor public perception of politicians. How can we expect residents to look at their own behaviours, if we cannot demonstrate what that behaviour looks like ourselves? 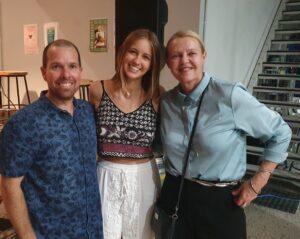 A sample below of speeches delivered throughout the 2019. All speeches can be viewed on my website here. If searching on the Qld Parliamentary website go to: Members Speeches then select Ms Sandy Bolton – Noosa.

Recent Questions on Notice (QONs) can be found here on the Parliament page on my website.

To see all areas open for community consultation click here.

There were so many incredible and beautiful moments during the month, as well sadness. We recently farewelled some of our legends, including the indomitable Joanie Boyce and war veteran advocate Bill Edwards OAM. We celebrated the Australia Day announcements of former mayor Bob Abbot OAM and star of stage and screen, Caroline O’Connor AM. We saw what perseverance, commitment and empathy can create through Bron Innes’ mission to bring pooches from drought-stricken areas in NSW to rehome them here, or young filmmakers like Holly Richmond who is raising awareness about shark nets. These advocates are the new breed – they make change through demonstration, not through regulation. They make a difference through their actions, not words, yet their words are powerful. They seek solutions through respectful communications and negotiations, not remonstrations.

2020. A year of so many possibilities, wonderful opportunities and most importantly, living our lives with good intent. Our home is in an incredible place, with so much to be thankful for. How exciting!

Until next month – keep the mozzie spray handy (I am the poster pin up why you should 😊), be fire/storm ready, and commit to just one aspect of your life you can improve that will better the lives of others. You will not only feel good, it does good! 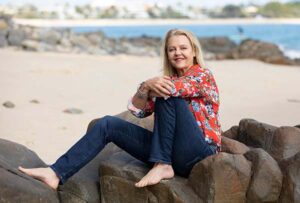