Politics as you know is an interesting realm! As an Australian, and Queenslander, educated to believe in the authority and knowledge of those that went before us, we are predisposed to uphold their systems and traditions, which are underpinned by frameworks developed some 200 years ago. However is that system working for residents?

Estimates – are they working for you?

Many times during the week my staff and I are frustrated when we are seeking ‘the fix’, which transcends different levels of government or between departments, or when there is a transference of responsibility from one to another. Yes, the three levels of government, and departments all have different responsibilities, and MP’s must respect that. However that does nothing to alleviate the frustration of processes that are slow, lack collaboration or solutions stifled through outdated legislation and policy.

A great example of systems that could be improved are the Estimates Hearings that have been held over the last two weeks at Parliament. Their role is to allow questioning of the Ministers and their Departments regarding the finer points of the State Budget, all in the name of transparency and accountability. This year there was certainly better behaviour on display and some succinct, very relevant questions and we learnt much across a broad range of portfolios, policy and problems! However, there is frustration in the process itself and it makes me question how to achieve better, or at least the same outcomes more economically? A letter to this end will again be sent to the Premier for her consideration and some of resident’s suggestions for improvement were in my recent Noosa Today column.

Our focus during Estimates was unashamedly ‘Noosa centric’ but also included the State’s AA rating and its impacts not only on Queensland’s higher interest costs, but also to all Councils who borrow through the Queensland Treasury. Other issues raised included funding requests for Katie Rose Cottage,  an audit of surplus State land and buildings to address some critical needs including housing, gaps for providers within the NDIS, short term lets, rebranding of key pillar industry jobs -the list goes on! The 22 questions posed and responses are available later in this Newsletter.

In response to our ongoing advocacy regarding 6 Mile Bridge #7, further line of sight works and speed reviews were advised, however I feel this will not be enough as an interim solution which may mean  I will need to get on the ‘soapbox’ as safety must always be a priority for our community, and this site is not safe. A start date for Stage 1 of the Beckmans/Tewantin Bypass works which is the Cooroy Noosa intersection roundabout was not received, as Council and TMR are still refining the design (including an extra lane) and funding can’t be allocated until this is complete. The TAFE transfer is still underway, albeit slowly. The layers of process and finessing obviously will serve us well in the future, however for this MP who is always in a hurry, it is extremely frustrating.

Due to time constraints and rules in relation to lengthy preambles, the follow up after Estimates requires well in excess of 20 letters being written to Ministers covering nearly 30 issues,  to either provide further background, seek extra information or ask questions that we did not have an allocation for. The responses from Ministers and their departments that we receive have been understanding of the needs of this community and I do thank them for that.

After such a gruelling fortnight in Brisbane it is nice now to reflect on the highlights here at home. Officiating at the opening ceremony of Noosa Alive with such a stunning backdrop led to my forgetting to congratulate organisers on the $28,250 granted from State though Arts Queensland’s Showcase Program!. Co-comparing the main race with Ben at King of the Mountain was fabulous, and meeting international visitors and competitors reiterated how much these events infuse into our local economy. Much hard work goes into organising events as these and we can all be proud of the incredible volunteers and sponsors who make these possible.

It was also satisfying (okay, more than!!) to take out line honours at Noosa Christian College’s Billy Cart Grand Prix this year. Rivals Mayor Tony and Nicklin MP Marty put up a good fight, and no doubt I will be in serious trouble next year as they are already in training?? lol

Efforts continue in relation to the flight paths and we have scheduled a meeting between FPF and the office of the Co-Ordinator General. Updates are available on ‘Flight Path Forum’ and ‘Noosa Hinterland Residents Association’ Facebook pages amongst others, including ‘Sandy Bolton MP’. 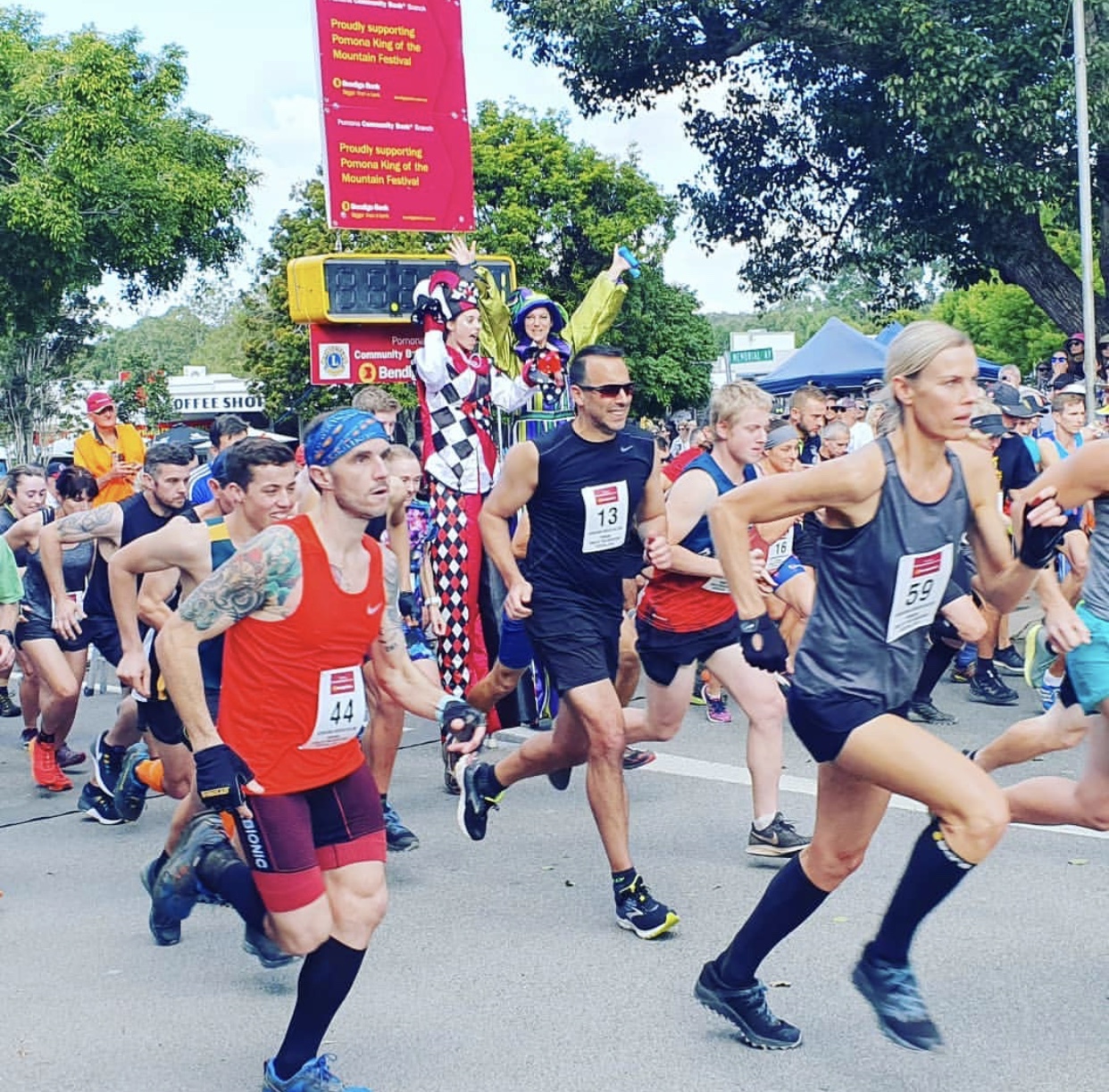 L-R: King of the Mountain; Noosa Alive Opening Ceremony; Catching up with the ‘goss’

The decrease in speed limit on Cooroy Noosa Road led to one of the biggest ‘reaches’ on our Facebook (FB) page ever of over 65,000, and in excess of 400 comments. Disappointingly some felt the need to be abusive to others in the threads, and I ask that all FB users reject this type of behaviour as it reflects poorly on our wonderful community. Pleasingly, many provided thought provoking questions and sensible reflections, suggestions and experiences, and I thank everyone for this. As I wait on some statistics in response to concerns of the review that was undertaken that led to this 10kmph decrease, I ask a question. Have we lost our ability to be tolerant to slower drivers, or to drive slower ourselves in the aim of saving lives, and are we not able to spare an extra 30 seconds on a journey to do so?

A quick thank you to those that have donated to our Vinnies Community sleepout this week. Every little bit counts. Whilst one night sleeping rough won’t solve the problem, it will highlight ways to solve this and for all levels of government to come together as part of the solution. It’s time for action, no longer can we rationalise why ‘we can’t’, instead why ‘we must’!